The Warriors used an 18-goal first half to build a comfortable lead over the Stealth on Friday. 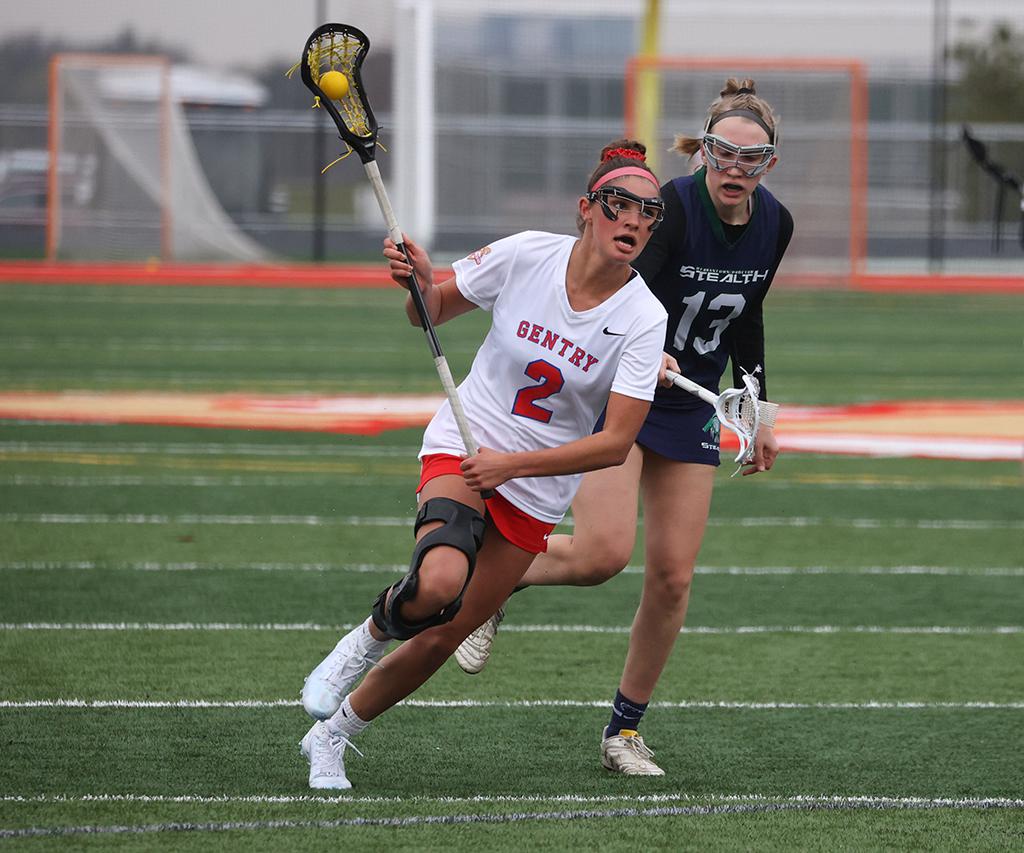 Three games into the 2021 season and Minnesota lacrosse teams are already figuring out what kind of talent the newly-formed Henry Sibley/Gentry Academy team has on offense.

The cooperative team between Henry Sibley and Gentry Academy had been in the works to start last season, but with the COVID-19 pandemic cancelling all Minnesota spring sports, it was forced to wait for the debut. Now that spring sports have resumed, the state is beginning to find out how the program short on juniors and seniors is not missing talent or experience. 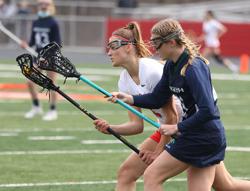 “Honestly, we were glad to just have a season,” said junior Jaylen Rosga about the team’s mentality heading into the season. “With COVID and everything, we take every day, every practice, one drill at a time, one practice at a time, one game at a time.”

Rosga, along with Eva Anderson and Brooke Tjernlund each scored five goals in the contest against the Stealth. Teammate Ella Berg was not far behind with four goals of her own.

Much of that experience comes from playing for club teams outside of the high school league season. Head coach Jeff Rosga said a majority of girls on the varsity team play for Lacrosse Monkey, with True Lacrosse as another destination for offseason competition.

“(Assistant) coach Ali (Minelli-Fenstermacher) and I are pretty fortunate that these girls are committed to the game and have committed to develop their game,” Jeff Rosga said. “Now it’s just getting them to really come together and play as a team.”

One of those girls who has worked hard in the offseason is Jeff’s daughter, Jaylen, who through three games this season has scored 18 goals and amassed 34 points.

Jaylen is committed to University of Maryland women’s lacrosse, a top program in the nation that has won 15 national championships, the most in the sport.

It can be a rarity for midwest players to gain the attention of powerhouse programs out east. But Jaylen helped herself by playing club lacrosse, including for a top club out east in the Long Island Yellow Jackets.

Once she received the call from Maryland, it did not take long for to make the decision to commit last fall.

“The coaching staff, the amazing athletics and academics. I knew when I was on the Zoom call with the girls, they just made me feel like such a family,” Jaylen said. “Their culture was just unbeatable, I just couldn’t say no.”

The Warriors are already more than 25 percent through their regular season schedule, with eight games remaining. The dominant start to the season has helped them earn the No. 7 spot in this week’s state rankings from the Minnesota Girls’ Lacrosse Coaches Association. But despite the dominant start, the Warriors say they still have plenty to work on.

“I think it’s holding each other accountable and really working together as a unit,” Jaylen said about where the team’s focus is. “Because you can’t win one against 11, so we really need to work together.” 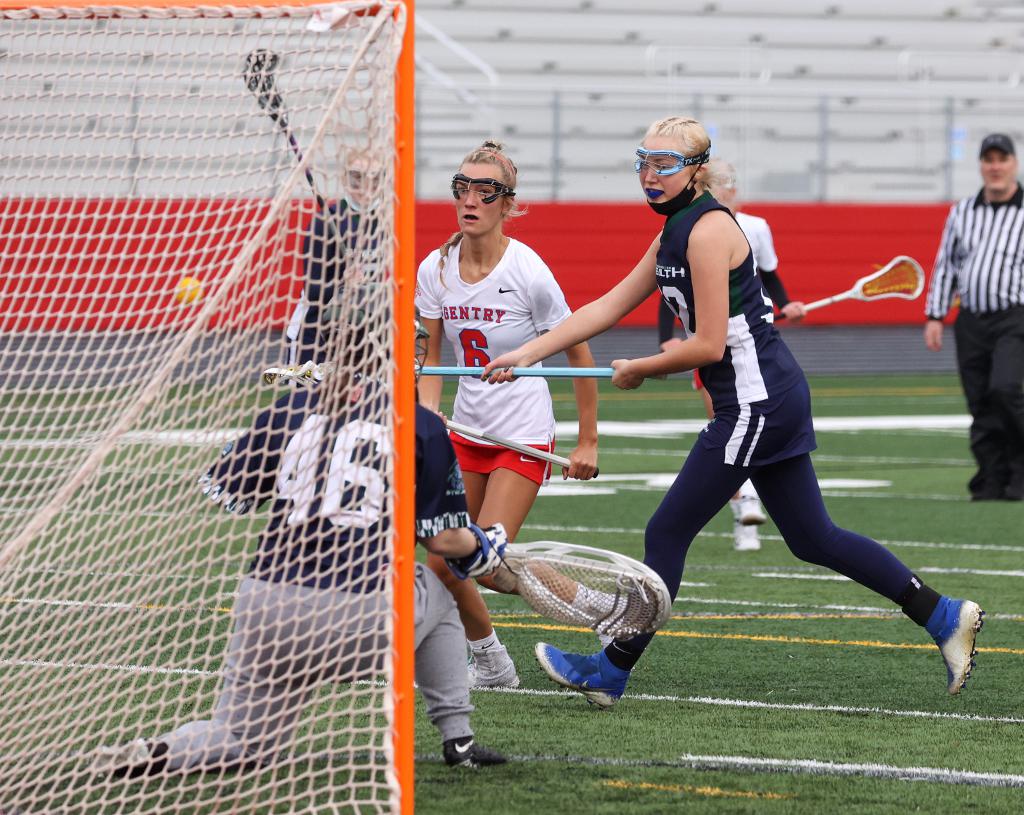 Sophomore Eva Anderson (6) scores in the first half. Anderson’s five goals helped the Warriors to a 26-3 win at Henry Sibley High School on Friday night. Photo by Cheryl A. Myers, SportsEngine

Not much has been able to slow the Henry Sibley/Gentry Academy offense early this season.

The Warriors (3-0, 1-0) have scored at least 20 goals per game in each game this season. The latest coming on Friday in a 26-3 victory over Hermantown/Proctor at Henry Sibley High School. For instance, in this game, the Warriors scored 18 goals in the first half alone to create a lead with plenty of insurance.

Sibley Dunbar led the Stealth (0-3, 0-2) as she scored twice for the visitors. 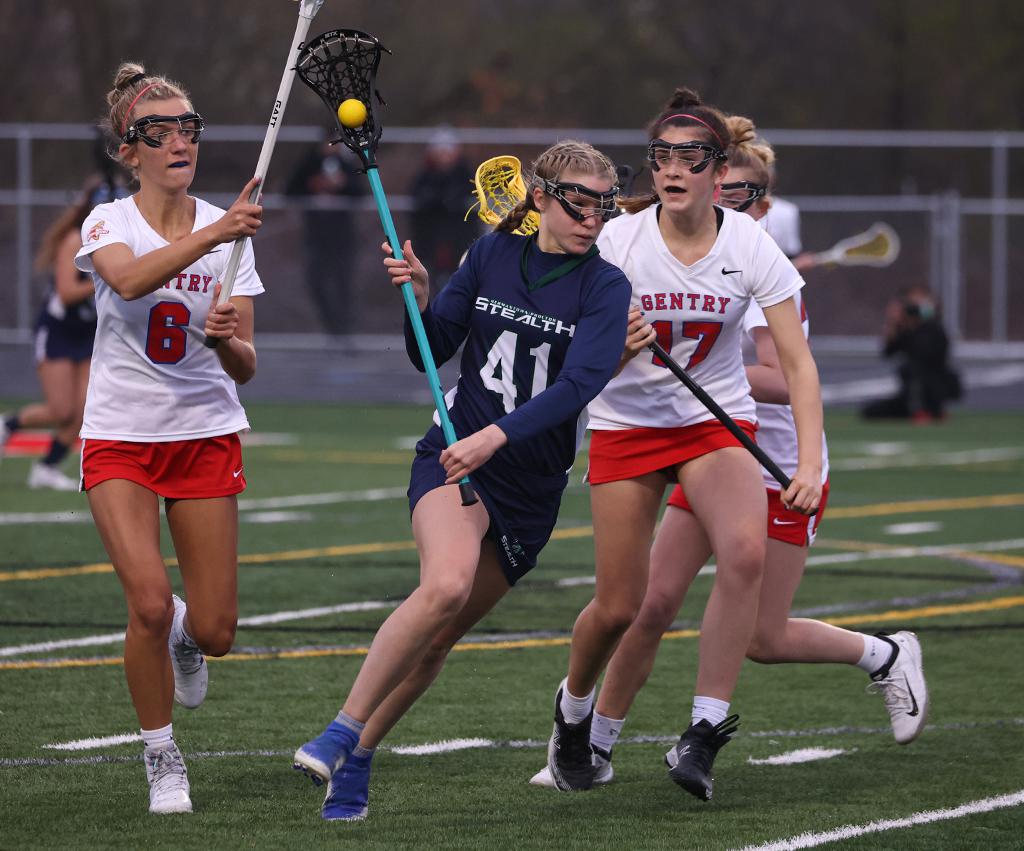 Kacey Zierden (41) scoops up a loose ball between defenders Eva Anderson (6) and Sofia Watts (17), taking the ball down field to set up Hermantown/Proctor’s third goal by Jessi Kukowski. Photo by Cheryl A. Myers, SportsEngine

Which team will win?